So important that I well…..technically it was Saturday. But whatever, I forgot. I had too much going on this weekend. Ha.

I made it two years. Without quitting. Or quitting and shutting down for good as someone so nicely reminded me yesterday. (I’d of quit like five times over, but I have a best friend clause, which prevents me from shutting down without written consent…anyway, it’s pretty convenient. That whole think it over for two days first thing is a good idea.) Truly though? I adore that each and every single day that I have best friends who will tell it to me like it is. Who will say things like, “you mean, not quit permanently.” Because she was right. Because she and my other best friends won’t let me get away with living in my own little world. They make me be real, with them, with myself.

Best friends who will send me an email after my post yesterday that basically says, in the nicest way possible, you need to suck it up and make him CIO. And? She too is right. As always. 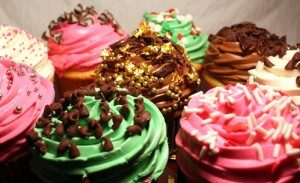 I never thought I’d meet the most amazing people in the world, through my words here, but I have.

In two years, I have done a lot. More than I even knew possible when I started writing here that day.

I lost a pregnancy.

I’ve been to a blogging conference. In a few weeks, I’ll be attending my second one.

I spoke at a keynote in front of 1,000 people, something I would never have thought possible.

I’ve gone on vacations just to meet people I met through this blog. Haven’t met a single ax murderer yet.

I’ve sat at lunches and dinners with people I didn’t know two years ago and not wanted the meal to end. Meals one on one, meals in large groups. Mostly filled with more laughter than I knew possible. Occasionally some tears. But mostly, laughter.

You all have supported me in everything. Through things that I can’t imagine I could have made it through two years ago. Through depression, heartache, divorce. You all have been there, listening and I love you for it. From the bottom of my heart, I love you for it. Here, I made you all some cupcakes. No worries, there are enough to go around.

Because I don’t think any of them require an entire post. Yet somehow I think they might be too long and random for Twitter. Well too long at least.

1. In three weeks exactly, I will be sitting at the airport, ready to board a plane to NYC for BlogHer10. I am super freaking excited. I can’t wait to see and hug all of my friends. To stay up late with my amazing roomies. To make some mischief with Undomestic Diva…or well to watch her and photograph it. To meet new people and to FINALLY see NYC.

2. I ordered two sets of business cards. Because I am that nerdy.

3. I either pulled a muscle in my boob last night or had an asthma attack in my sleep. Am actually leaning toward the asthma attack theory. To counteract this, I got an extra shot in my coffee this morning. Bouncing will commence in 3…2…1

4. Last night I watched a new show called Covert Affairs. Not sure which night it actually comes on though, I DVR everything. I actually really liked it. I mean it’s not Alias, but nothing is going to match up to Alias.

5. Last night Morgan convinced me I needed this app for the iPad called Fruit Ninja. Basically, you slice fruit as is flies past you. It’s so dumb…yet so dang addicting. We all took turns playing it last night. Hi, time wasters.

6. The girls want to see the Sorcerer’s Apprentice this weekend. I am considering getting a sitter for Harrison on Friday night and taking them out to dinner and to a movie. A girls date night of sorts.

Well I think that is all I’ve got. At least in this moment.

Russell Murphy is a 28-year-old resident artist at a studio who enjoys tree shaping, binge-watching boxed sets and donating blood. He is friendly and creative, but can also be very lazy and a bit impatient.